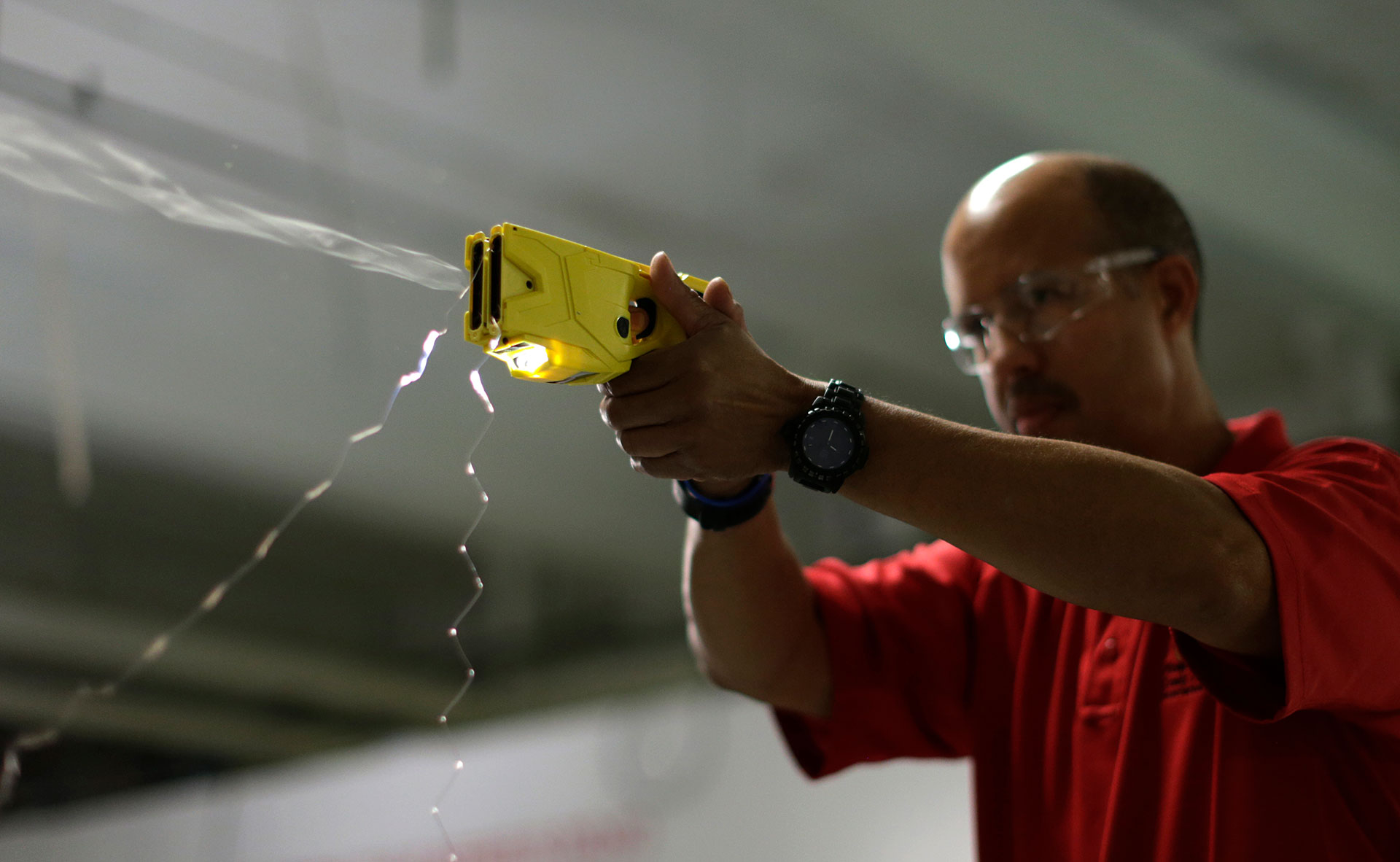 Our testifying experts are experienced use-of-force experts, able to testify regarding all levels of Use of Force, particularly as it pertains to Electronic Control Devices (ECD) and other types of non-lethal force.

The criminal justice field has made use of various electronic control devices over the years. Generally, there have been three types of devices:

In modern-day policing, the typical electronic weapon or control device is carried by an officer and may generally be referred to as an Electronic Control Device (ECD), Electronic Control Weapon (ECW), Conducted Energy Weapon (CEW), or some similar name.

While there have been various attempts to market such weapons to law enforcement, one company, TASER International, Inc. of Scottsdale, Arizona, has dominated the arena to such an extent that, for all intents and purposes, they have evolved a virtual monopoly in handheld, electronic weapons. Their weapons are so widely used that the brand name TASER has become a generic term in the common vernacular, similar to the way that “Kleenex” refers generically to tissues or “Xerox” refers to copy machines.

With thousands of police agencies and jails in the U.S. equipped with ECDs – many of which provide a TASER ECD to every member of their department – electronic control device use has grown steadily since 1999, when the first practical and effective unit – the Advanced TASER M26™ – was developed. In 2003, TASER International began offering a more compact, and more effective, version of their weapon, the TASER X26™. Additional models have been offered since then.

There are two primary modes of use for these TASER ECDs: probe deployment and drive (or touch) stun, both of which are generally painful to some degree. While the weapons are all capable of being used in both ways, they are really intended to be used as probe deployment devices. This allows officers to maintain a greater distance from the subject being controlled. Additionally, because the probes separate from each other as they travel “down range”, when they strike the subject they create an effect known as neuromuscular incapacitation, which leads to incapacitation of the subject, allowing officers an opportunity to move in and take control of the subject.

The second mode of operation, the drive stun, is exactly what it sounds like; the officer pushes the ECD into the subject and pulls the trigger. When the electrical contacts of the front of the ECD touch the subject, he or she experiences localized pain but is generally not incapacitated.

Risks of ECD Use

ECDs are not risk-free. While they are non-lethal weapons which are designed to incapacitate a subject without causing significant injury, it is possible to be injured during ECD use. The most typical type of ECD injury, almost always minor in nature, is either small puncture marks from probes that puncture the skin, or “signature marks”, similar to small burn marks that result from a drive stun.

Another fairly frequent result of an ECD deployment is that the subject often falls when incapacitated by a probe deployment. Because they cannot control and break their fall, persons that fall this way are sometimes injured when they strike the ground. If they are in an elevated position when they fall, such as on a roof or a fire escape, serious injuries can occur.

Opponents of ECD use, often cite that hundreds of people have died after an altercation with police wherein an ECD was utilized. These arrest-related deaths are often blamed on the police in some way, and if an ECD was used during the arrest or confrontation, the death is sometimes blamed on the ECD. In all but a very few of these cases, other causes for the death are uncovered during the medico-legal investigation.

There have been more than one-million TASER ECD exposures during training sessions, and a similar number in actual street confrontations. The number of alleged “TASER-related” deaths is several hundred, and the actual deaths that are more difficult to explain through other causes number less than twenty.

Managing the Risk of ECD Use

Because the courts have so often ruled on the general safety of TASER ECD technology, the central theme of litigation involving TASER International is often focused on whether proper warnings of possible outcomes were conveyed. Litigation against officers and agencies often takes the form of accusations of improper use, excessive use, or use of an ECD on an individual that was not aggressive enough to justify the use of an ECD.

Risk management efforts should focus on:

From a very straightforward initial analysis to standing for you in court as a testifying expert we have the expertise to put behind your case. Here are some common formats for our expert witness services:

For more about what our clients are saying about us, review OSS Accolades or Contact OSS.